Cover reveal for the upcoming Kelli Storm novel, Eye of the Storm

Thanks to my friend, Patti Roberts, for this great cover design. 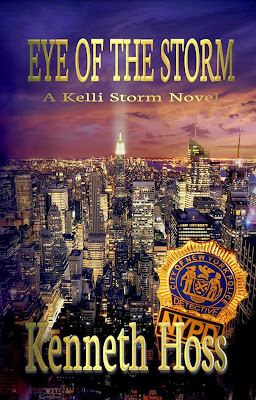 Be sure to check out Patti's sight - http://paradoxbooktrailerproductions.blogspot.com.au/ for your next cover.

An excerpt from Eye of the Storm:

Roberto Rodriguez knew less than his wife did. He told them that as soon as he got home, which was around one-thirty; he had taken a shower and gone straight to bed. Kelli could see that he was lying but didn’t press the issue.
The mixed odors of death and antiseptic struck her as she pushed through the double doors into the autopsy room. Jack Hastings was sitting at his desk and turned as she and Eric entered. “What’s with all the secrecy, Jack?”
Jack stood and picked up an evidence bag containing a stained piece of paper. “I thought it best not to say anything over the phone,” he said and held it out to her.
Kelli took the offered bag, turned it in her hand and looked down at the scrap of paper. “Now I see why you wanted to keep this quiet,” she said and looked at Eric. “I don’t believe this.”
Eric gave her a puzzled look. “Believe what? What’s on it?”
“It’s got my name on it, and just below that is the name of an old friend of ours, Vasily Fenenko,” she said and turned to Jack. “I need to look at the body, Jack.”
Posted by Ken Hoss at 11:15 No comments:

I just wanted to wish all of my fans a Happy Thanksgiving. I am truly thankful to all of you for following my blog and supporting my writing. Thank you. 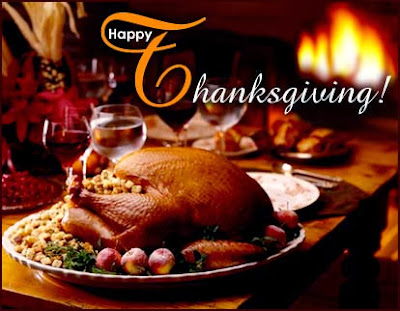