I know I haven't been very active on here, so time to make up for that. On the work in progress front, I've hit 21,794 on The Riverwalk Murders, a psychological thrill set in San Antonio and featuring the famous San Antonio River Walk. The main character is Cal Jessup, a retired San Antonio Police Detective who is called back to service after five years when a notorious serial killer surfaces once more and begins terrorizing the city and it's tourist trade. Cal is hesitant at first, not wanting to get involved in a case he failed to solve the first time around, at least until he finds out his estranged daughter is involved. As the bodies begin piling up, Cal soon finds himself once again embroiled in a battle of wits with the psychopathic killer, fighting a cat and mouse game of hide and seek.

Calvin Davis Jessup, named after his maternal great-great grandfather who fought in the Civil War for the Confederacy, worked for the San Antonio Police Department for thirty years. Born in Sequin, Texas to August Carroll Jessup and Laurel Jean Adams. Four years before his retirement, he caught a murder case involving a young woman, a tourist from Mississippi. Her body was discovered in the Mission Reach area, near the river, her throat slashed and her eyes missing. At first he suspects the woman's boyfriend, until his alibi is confirmed. When a second woman's body was discovered in the same area weeks later, with the same wounds, Cal knew they had a serial killer on the loose. After chasing the elusive killer for four years, only to have him disappear, Cal decided it was time to call it and so he retired to a small town in west Texas. The idea was to just sit back and enjoy the slow life of a small town, though that was not to be as he was soon talked into running for Sheriff and ended up winning.

He began his career in law enforcement with the SAPD when he was twenty-two, at the urging of his mother, who was a big influence on him. Soon after joining the department, he met and married Ann Marie Carstares and a year later they had a daughter, Lisa Marie. However, in an unfortunate turn of events, Ann Marie was killed in a car accident when Lisa was fourteen. Lisa blamed her father for her mother's death and their relationship soon became strained, so much so that Cal sent her away to live with her grandmother in Louisiana. After that, he threw himself into the job and tracking down the serial killer, only to have the trail go cold.

That brings us back to the present, so to speak. As the story is far from complete, you will have to be satisfied with this much. Oh, I do plan on posting snippets from time to time, as I have with previous novels, but you will have to be patient. What's that, what about the killer? Sorry, that's a closely guarded secret, and besides, he really wouldn't want me telling you anything about him, he's very private. Oh, and yes, he's very psycho. Hell, he even scares me! With any luck I'll have this thing wrapped up and ready to go in four or five months. Just hang in there. 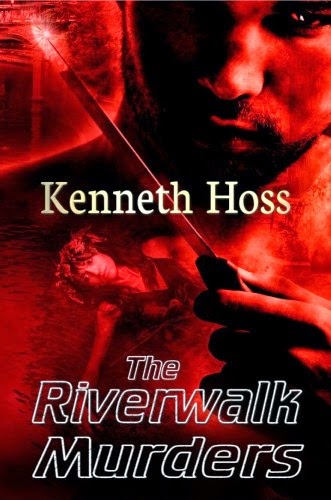