New project in the works - The Riverwalk Murders: A Cal Jessup Novel

Picked up something I started working on a year or so ago, with a character who wanted his story told. However, unlike my previous novels, this one is from two different points of view. The first point of view is from Cal Jessup, a retired San Antonio Police Detective who just wanted to get out of the city and live his life out in a small west Texas town. The second point of view is that of a serial killer, a sick and twisted man who can't control his urge to hunt and kill beautiful young women. It was a stretch for me, getting into the mind of the serial killer that is, having no experience with anyone like that. True, I have dealt with some bad people; murderers, thieves, drug dealers, but never anyone as sick and twisted as this. At times as I'm writing in this POV, I find myself repulsed by this character, and yet I keep writing. After all, he is an integral part of the story. 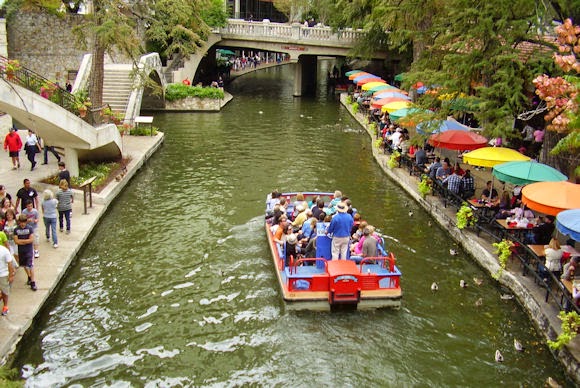 
Here is the beginning of the story. Please note, this is a first draft and as such is subject to change.

It was an especially busy night on the San Antonio Riverwalk. Tourist season was at its height and he had his choice of targets. The cool October breeze felt good on his face, and he felt more alive tonight than he had in years. The urge was on him again, even more intense than all the times before.

He took another sip of Guinness as he watched the crowd jostle for position on the walkway in front of him. He had always wondered how so many people managed to navigate the narrow path without someone falling into the river. A pretty young blonde broke away from the human conveyor belt, brushed past him without a glance and headed through the door and into the bar. He turned in his seat and watched as the door closed behind her. He had found his target. Now it was just a matter of time, but he would have to wait. He was very good at waiting.

A waitress stepped in front of him, breaking his concentration and blocking his view of the crowd. She leaned in and spoke to the couple in front of him, her long red hair bouncing as she turned her head, her slender neck exposed. He picked up his beer and took another sip, keeping his eyes on her. Now he was conflicted; perhaps she was his target and not the blonde.

He sat his beer down and looked at his watch. It would be a few more hours before the bar closed and then he would have his chance. In the meantime, there were other diversions on the River Walk, and it had changed so much since his last visit. She would be here when he came back, and then he would get his trophy.

Sheriff Cal Jessup looked up as his administrative assistant, Delilah, walked in to his office. The Police Chief in San Antonio was on the phone, and it was urgent. At first he thought she was pulling his leg. She wasn’t. The chief was direct and to the point, he wanted Cal back in San Antonio.

It had been more than six years since the last victim was found, and now the killings had started again. A woman had been found floating downriver, in the Mission Reach, south of downtown. Her throat was slit and the Medical Examiner confirmed that the wounds were a match to the previous victims, a single incision from a scalpel. It was done with medical precision.

Cal investigated the murders for three years before they stopped and he was no closer to catching the killer. It had never set right with him, but after thirty years of watching criminals put back on the streets because of minor technicalities, he knew that it was time to get out. He never forgot the case though, and the images still haunted his dreams.

It started in the fall, four years before his retirement. The first victim was Joleen Baker, a tourist from a small town in Mississippi. Her body was found two days after her boyfriend, Kenny Weaver, reported her missing. At first Cal suspected the boyfriend, but it turned out that his alibi was solid. Cal hated being wrong, and kept the man under close surveillance until he left town.

When the body of the second woman was found, her throat slit in the same way. It not only served to confirm Kenny’s innocence, it also confirmed Cal’s worst fear. They had a serial killer on the loose, and at the height of the tourist season. However, it would take one more death before the chief was convinced. Cal still blamed himself for not pursuing the leads that he had at the time, if so, she might still be alive.

He stood, walked out into the main office and over to Delilah’s’ desk. “I’m gonna need you to get Ray in here, and call Henry after that,” he said and turned back toward his office.

He stopped and turned back to face her. “Looks like I’m comin’ out of retirement, and before you say it, yeah I know this ain’t exactly bein’ retired,” he said and took a deep breath. “Got an old friend back in San Antonio and I gotta go pay my respects.”

Delilah looked at him, a puzzled expression on her face. “An old friend?”

Cal simply nodded, turned on his heel and headed back in to his office. “Send Ray in when he gets here,” he called back over his shoulder.

Henry Watkins had been the mayor going on fifteen years and owned most of downtown, including one of the only two gas stations for a hundred miles. Cal had never liked the man, but he tolerated him, mainly in deference to his office. Theirs was a tenuous peace at best. But then he had never really liked career politicians anyway. Now he had to tell Henry that he was taking a leave of absence, and possibly an extended one at that.

Henry paced from one side of his office to the other, his hands waving as he paced. “Goddamnit, Cal, you can’t just take off willy nilly because the chief in San Antone can’t solve his own crimes.”

“It was my case, Henry, and the son of a bitch got away from me. I’ll be damned if I let him slip away again. Besides, you know that Ray is a good deputy and he can handle things here. It’s not like there’s gonna be a major crime spree while I’m gone.”

Henry looked at Cal, walked around his desk and plopped down in the high backed leather chair. “I just don’t like it, Cal, but I know you’re right. The last time we had anything happen here was when Heck and his boys came into town and tore up the Wagon Wheel. It did cause a ruckus, got a lot of people mad at ‘em.”

“Yeah, and Dottie was pretty pissed off too. Course, they did pay for all the damages, and Heck even had his boys replace all the windows they busted up,” he said and grinned.

Henry cracked a smile and shook his head. “Well, shit, if you gotta go and hunt down this killer, I guess you gotta go. You just be sure and tell Ray that he’s just the interim Sheriff and not to be getting’ any ideas of takin’ over the office.”

Cal nodded, stood and put his hat on. “Just don’t be givin’ him grief, Henry. He’s a damned good deputy, and he knows how to handle himself. I should be back in a couple of days, a week tops. Just gonna brief these new Detectives on the case,” he said as he turned to leave. “You just let Ray run the show and stick to minding your businesses here in town.”

“Yeah, I suppose I can do that. You just see that you get your ass back here soon. He may be a good deputy, but he ain’t you.”

“All I’m sayin’ is don’t be given’ the man a hard time. Now, if you’ll excuse me, I gotta get home and pack. It’s already half past ten and I gotta long drive ahead of me.”


THE EYES HAVE IT

The girl was quiet now, a glistening pool of red the only evidence of her violent end. He sat on his haunches a few feet away, arms wrapped around his body, slowly rocking back and forth. The adrenaline still coursed through him, heightening his senses, and he loved every second of it. He gathered himself, got onto his hands and knees and crawled over to the now lifeless body.

He looked down at her and smiled. She was much more peaceful now, almost angelic. The light had gone out of the beautiful green eyes that had once shined so brightly. He hadn’t always looked into their eyes, they were the windows to the soul, and he had never wanted to look into someone else’s soul knowing what lay within his own.

He reached for his backpack, removed a small pouch and unzipped it. The instrument inside was a fairly recent addition, and made it much easier and cleaner than his previous way of obtaining his trophies. His first trophy came from a petite redhead he had met at a friend’s party, before he left for college. She was his first kill, and she had the most beautiful green eyes he could ever recall seeing. Just like his mother’s eyes.

All he had then was his scalpel, and his hands shook with anticipation. He botched the removal, leaving the trophy a torn mess. But he had learned from that mistake. He gently removed the evisceration scoop and held it gently in his right hand, turning it over, admiring the simple beauty of it. He set it back in the pouch, reached into the backpack and removed a small jar of alcohol. This was another lesson he had learned.

He set the jar down next to her head, picked up the scalpel and went to the task of removing her eyelids; they always got in the way. Slowly and gently, he cut into the skin just below the brow ridge, carefully following an imaginary line. This too had taken months of practice, he could not cut too deep, or his trophies would be ruined.

He gently removed the first eyelid and went to work on the second. In the beginning he had only taken one eye, though after number eight, he decided that it wasn’t right to leave the other behind. They all had such beautiful eyes, even in death, and these eyes were no exception. He removed the second eyelid, set the scalpel down and picked up the scoop. It was time to remove his trophies.
Posted by Ken Hoss at 17:15 No comments:

Interview on Lilac Reviews - Eye of the Storm

Check out my interview on Lilac Reviews. I talk about the writing process and my relationship with Kelli. 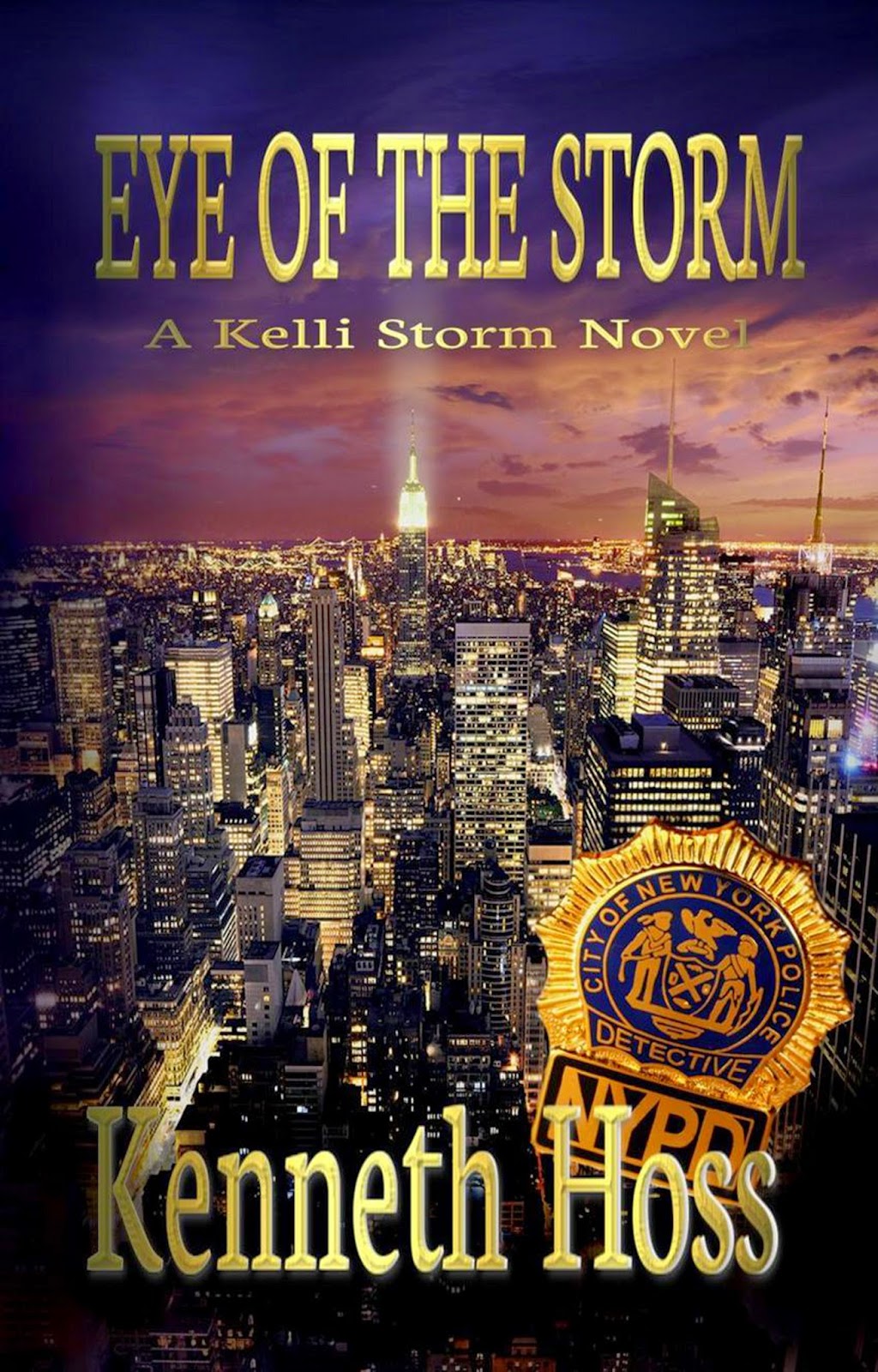