Pictures from my trip to San Antonio

I just got back from San Antonio. I went down yesterday morning to meet a new friend and technical adviser, Donna Willborn.  Donna is a retired San Antonio Police Detective Investigator. We spent most of the day driving around San Antonio to places most tourist never visit. The main reason for the trip was to get an insight on the city, but mainly to gain insight on how a San Antonio Police Detective thinks and hear some of her stories. The pictures below are of some of the places we went, and my main intent was to find areas where the antagonist in my next series could go to find his victims and a place to dump them. The protagonist, Cal Jessup, is a retired SAPD Detective turned small town Sheriff. He get's called back after five years when a serial killer he had been tracking starts killing again. 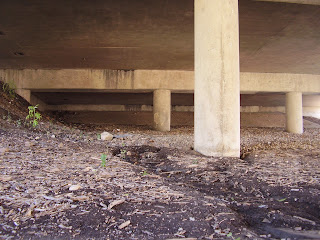 This is an underpass area next to the San Antonio River, the north end, and according to Donna, is a known hangout for prostitutes and homeless people. I thought it would make a good place to dump a body, if the killer were in a hurry that is and had no other options. 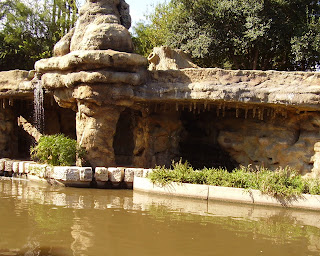 This is directly across from the above area and I could just imagine the killer hiding here late at night, waiting for his next victim. 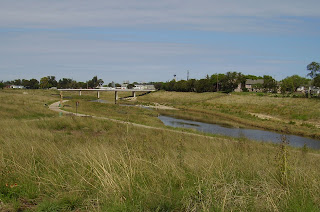 This is an area along the South Reach of the San Antonio River. Note there are jogging trails, which would make it easy access for the killer. The grass is extremely high here and could easily hide a body. I thought about the river, however, at this point it is only a couple of feet deep. Also, the city has piled up rocks in several places to slow the flow of the river. You could dump a body here, but it would most likely get hung up on the rocks, even if you weighted it and dumped it up river. 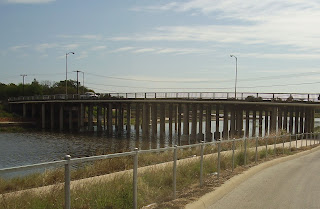 Now this area, which is further south from the above area, would be perfect for the killer to dump the body. The river is at least fifteen feet deep here.

Okay, granted this is a little macabre, but that's how we crime writers think. Comments welcome. Cheers!