Had an odd dream a few days ago, and while I normally forget my dreams within minutes after waking up, this one stuck with me. And so, I started on it and have a good bit so far. Told an author friend of mine, Patti Roberts, who also does book covers and the next day she sent me the cover below. No pressure, right?

The story is about a Vietnam vet who signs up to fight as a mercenary in the Angolan Civil War in 1975. Of course he thinks this will help him feel "right" again, help him to forget the way he was treated when he returned home, and it's a job that he knows and does well. He also hopes that it will help get rid of the demons still running around in his head.

Note: Patti is also the one who did the cover art for Eye of the Storm, the fourth Kelli Storm novel.


Here is the cover. (eBook and Paperback) 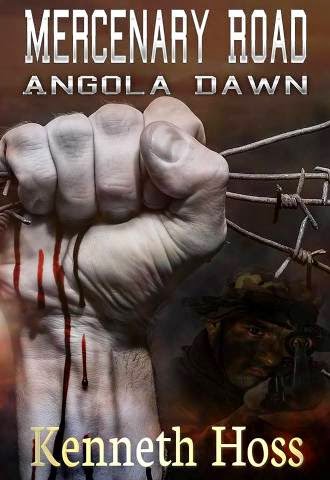 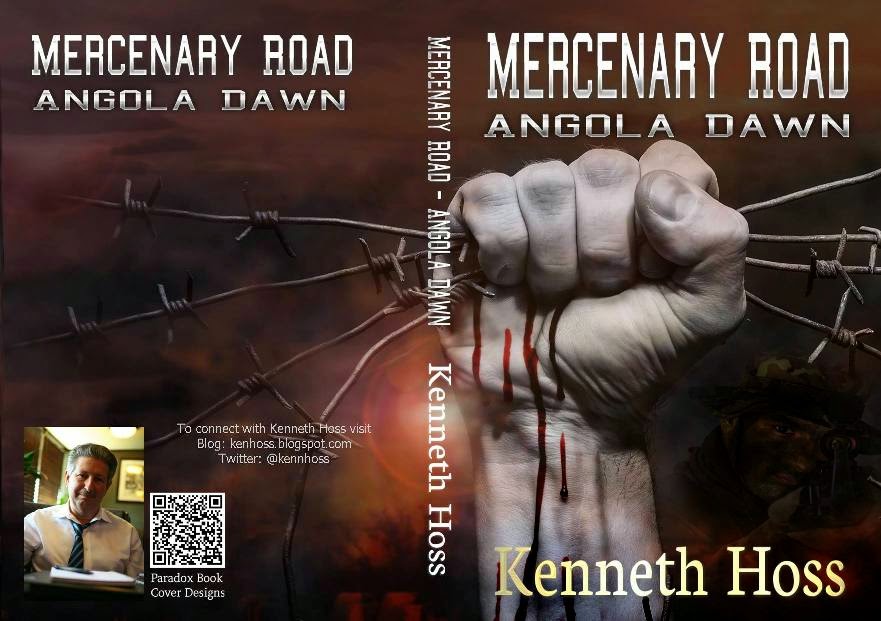 If you are an author and need a cover for your next project, I highly recommend Patti Roberts at Paradox Book Cover Designs.

Hector Sanchez shouted at him over the roar of the C-130 engines. “Hey, Roberts. You think we’re going to get into the shit pretty soon?”
“Well I sure didn’t sign up to sit on my ass, Sanchez,” he said and turned to the Colonel. “What do you think, sir?”
“I think both of you need to shut the fuck up and get off this fucking plane.”
Dave looked back at Hector and shrugged as he readjusted his duffle bag. The sun was just rising and the heat was already stifling. It reminded him of the day he got off another C-130 at Tan Son Nhut Airbase. And yet it was different. For one, he was no longer a Sergeant in the U.S. Army; he was a mercenary fighting in someone else’s war, and this was definitely not South Vietnam. All he knew about his employers was that they called themselves the FNLA, the National Front for the Liberation of Angola. It didn’t really matter to him what they called themselves, as long as he got paid.
Angola was six years and six thousand miles from the jungles of South Vietnam and yet it all seemed so familiar. As they walked to the waiting trucks, he thought about what had brought him here, other than his buddy Hector talking him in to it. He had done his share of killing during his three tours, and had seen hundreds of bodies, a lot of them from his own platoon. And yet he was here, knowing that it would only be more of the same.
The Colonel slapped him on the back. “Get your head out of your ass, Roberts. On the fucking truck, now.”
“Yes, sir,” he said, clearing the thoughts from his head. He tossed his duffle up to Hector and took the offered hand. “Where are we heading, sir?”
“You’ll find out when we get there, Roberts,” he said as he headed for the front of the truck.
Dave looked across at Hector and shook his head. “What’s his fucking problem?”
“Don’t know, maybe he’s got a case of the crabs,” he said and laughed.
Dave nodded and laughed. “Yeah, or maybe he’s just got his head stuck up his ass.”
The sun was well above the horizon as the truck began to move and they were soon headed east, away from the city, leaving its paved streets for dusty roads. They rode for over an hour before they arrived at their camp. His ears perked up at the distinctive sound of AK-47 fire as they pulled off the main road and he looked at Hector.