THE EYES HAVE IT


He sat on his haunches a few feet away, arms wrapped around his body, slowly rocking back and forth. The adrenaline still coursed through him, heightening his senses, and he loved every second of it. The girl was quiet now, a glistening pool of red the only evidence of her violent end, strands of her golden hair matted in the thickening goo. He gathered himself, got onto his hands and knees and crawled over to her now lifeless body.

He looked down at her and smiled. She appeared much more peaceful now, almost angelic. The light had gone out of the beautiful green eyes that had once shined so brightly. He hadn’t always looked into their eyes, they were the windows to the soul, and he had never wanted to look into someone else’s soul knowing what lay within his own.

His first kill had been easy, one simple slice to the left carotid and across to the other with the scalpel. The sound of his victim choking on her own blood had enthralled him. When he looked into the eyes of number four and saw her raw fear, it excited him. After that, he had looked into each of his victim’s eyes, drinking in their fear and taking his trophies afterward.

He reached for his backpack, removed a small pouch and unzipped it. The instrument inside was a fairly recent addition, and made it much easier and cleaner than his previous way of obtaining his trophies. His first trophy came from a petite redhead he had met at a friend’s party, before he left for college. She had been his first kill, and had the most beautiful green eyes he could ever recall seeing. They reminded him of his first love.

All he had then was his scalpel, and his hands shook with anticipation. He botched the removal, leaving the trophy a torn mess. But he learned from that mistake. He gently removed the evisceration scoop and held it gently in his right hand, turning it over, admiring the simple beauty of it. He set it back in the pouch, reached into the backpack and removed a small jar of alcohol. This was another lesson he had learned.

He set the jar down next to her head, picked up the scalpel and went to the task of removing her eyelids. They always got in the way. Slowly and gently, he cut into the skin just below the brow ridge, carefully following an imaginary line. This too had taken months of practice, he could not cut too deep, or his trophies would be ruined.

He gently removed the first eyelid and went to work on the second. In the beginning he had only taken one eye, though after number eight, he decided that it wasn’t right to leave the other behind. They all had such beautiful eyes, even in death, and these eyes were no exception. He removed the second eyelid, set the scalpel down and picked up the scoop. It was time to remove his trophies. 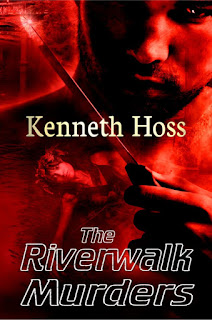