"NYPD detective Kelli Storm is a force to be reckoned with. She's tough, determined and smart. This book is non stop action start to finish with a feisty heroine who can't seem to keep her big mouth shut, but is determined to catch the bad guy. With a hint of romance woven throughout, this book offers a little something for everyone."

And don't forget to check out Storm Rising (A Kelli Storm Novel 1).

The trail from the body leads the detectives to the underbelly of Brighton Beach, and the Russian Brotherhood that rule there. During the course of their investigation, Kelli discovers a link between the Russians and a powerful Colombian cartel, the same cartel she believed shut down with the death of its leader, Miguel Garcia.

With the FBI and DEA taking an interest in the case, they join with Kelli to forge a plan to break up the international drug ring. As they delve deeper, the Cartel and Brotherhood become bolder and they both want Kelli dead.

When the dangers of her professional life become entangled with her personal relationship with DEA Special Agent Greg Larsen, she soon finds herself caught in a Deadly Storm. 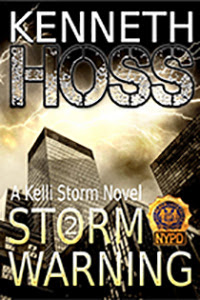 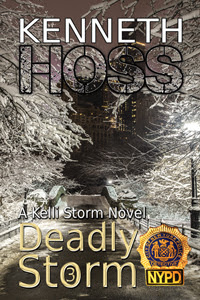